Lomatia tasmanica, which is commonly known as King’s Holly, is an unusual plant. This is a shrub that is a member of the “Proteaceae” family native to Tasmania. The plant produces flowers but no fruits or seeds though have shiny green pinnate leaves.

During its propagation process, the King’s holly drops a branch and lets it take root. In a narrow corridor of land just over one kilometer in length, all existing members of Lomatia tasmanica are found. This colony has reproduced vegetatively, so the entire grove is genetically identical.

Historically, plants have cloned themselves for at least 43,000 years, possibly for more than 135,000 years. Consequently, Lomatia tasmanica is among the oldest living plant clones. During the mining of tin in the Bathurst Range of southwestern Tasmania, Australian miner Charles Denison King discovered Lomatia tasmanica in 1934.

The plant was recognized as a species of Lomatia by King himself, as he was a naturalist. It was, however, not known to him that it was a new species, nor did he suspect its astounding age.

Approximately 5 km from King’s first finding, another population of the same species was discovered. Unfortunately, the original plant group has been extinct for some time. Winifred Curtis of the University of Tasmania was contacted to identify the cuttings of the plant.

Lomatia tasmanica was officially named by Curtis as he was able to confirm it was a new species based on its discoverer’s name. Most commonly it is known as King’s Holly. There is something remarkable about King’s holly slow growth. One piece of the stem was dendrochronologically dated to be 240 years old, indicating 0.26 mm of growth per year.

This slow rate of growth could allow such a plant to persist for hundreds of years or even thousands of years in a confined space. It was found that fossilized leaf fragments dating back 43,600 years were carbon-dated. Since the plant cloned itself, it has lived for about 300 years, even though each plant only lives for about 30 years. There is a critical threat to the conservation of Lomatia tasmanica.

About 1.2 kilometers of the landscape are covered with only one remaining plant group. From the 1990s, Tasmania began developing controlled environments for other Lomatia populations in this area, which is prone to fires and other natural threats.

Despite efforts, cultivating the plant has been largely unsuccessful. Natalie Tapson, professor of plant science at the University of Tasmania, explained that this plant doesn’t like root disturbance, which means every time we put it on, and losing plants. 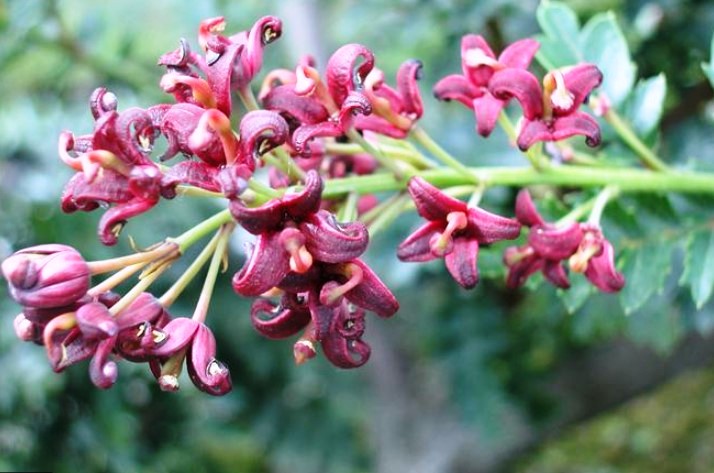 Lomatia tasmanica was officially named by Curtis as he was able to confirm it was a new species based on its discoverer’s name.

In spite of being propagated for thousands of years, Lomatia tasmanica is quite fragile. In an attempt to graft Kings Holly plants onto roots of similar plants, Tapson and her colleagues are currently working on the process.

In order to prevent loss of the plant when planted out or transferred, Tapson says, “It is hoped that by putting it on a stronger rootstock, you won’t lose that tree.” King’s holly is so fragile that specimens aren’t displayed at the Royal Tasmanian Botanical Gardens.

Panulirus ornatus – Most Colorful Lobester in the World

Grover Krantz and His Dog

Anse Lazio Beach On The Island of Praslin