Mount Danxia “Dānxiá Shān” is a prominent scenic mountainous area near Shaoguan city in the northern part of Guangdong China. In 2004 the Mount Danxia is listed as a “world famous UNESCO geopark of China”. Mount Danxia has been honored National Scenic Area, National Geomorphologic Nature Reserve, and National Geo-park since 1988.

It covers an area of approximately 280 square kilometers. The stones and peaks are rhythmically interspersed making it a sculpture garden of red sandstone rocks. Set against the blue sky, white clouds, jade waters, green trees and the colorful algae, the mountain becomes a picturesque painting. Mount Danxia is not only bright in color, but peculiar in outlook.

Mount Danxia is named for its unique danxia landforms. With a deep red color, bright like sunset glow, different from other Danxia Nature Reserves owns the most graceful views. The area is formed with reddish sandstone, eroded with the passage of times. It is a series of outcrops surrounded by spectacular cliffs and many unusual rock formations known as Danxia landform.

The stones have been formed the shape of human body, birds and even animals. Many cliff tombs and cliff coffins were left by our ancestors who inhabited the mountain. The Danxia Mountain consists of many other wonderful scenic spots, including Zhanglao Peak, Yangyuan Hill, Xianglong Lake and Jin River. The Jin River features charming waterside scenery and wonderful aquatic programs, such as swimming, boating and yachting.

The area beauty is added by several temples located on the mountains. Many scenic walks can be undertaken. There is also a beautiful river winding piercing the mountains where you can have boat trip. The area contains more than 680 different stone peaks, stone fortresses, walls, pillars and stone bridges.

The area has moderate subtropical climate suitable to rich variety of plants. These ancient Danxia Phoenix Trees ‘Dharma Orchid’ are very rare and most distinguished species of the mountain. It was discovered in 1987, that only tree of this species existed in the world. Moreover, 28 ancient trees are more than 100 years old. Out of them 14 trees are more than three centuries old.

Therefore, as soon flowering season arrives, the sweet scent of the orchid tree lingers & thrives in the mountain and visitors swarm to its attraction. Visitors arrive here and take photos, some giggling and posing. And if that’s not enough silly selfie opps, there’s a trail from here to Breast Rock and elsewhere there’s a narrow cleft some imagine as a women private part. Yangyuan Hill and Zhanglao Peak face each other across a river. The hill is renowned for the marvelous Yangyuan Stone, which looks like a male genital.

Moreover, the mountain has been a busy place for various religious activities. The mountain prospered a great number of poems, carvings and inscriptions praising the bewitching scenery were left behind by writers, poets and painters throughout past dynasties. The Xianglong Lake sits to the south of Zhanglao Peak, named so because the lake resembles a flying dragon.

There are numerous attractions that make the Danxia range interesting. The area has the different stone formation.

In the 2010 UNESCO list of world heritage sites, Mount Danxia was recorded as a natural World Heritage Site as part of China’s Danxia landform. Whenever you go to China, you must visit Mount Danxia, it’s a must see area. You will bring unforgettable memories with Mount Danxia. 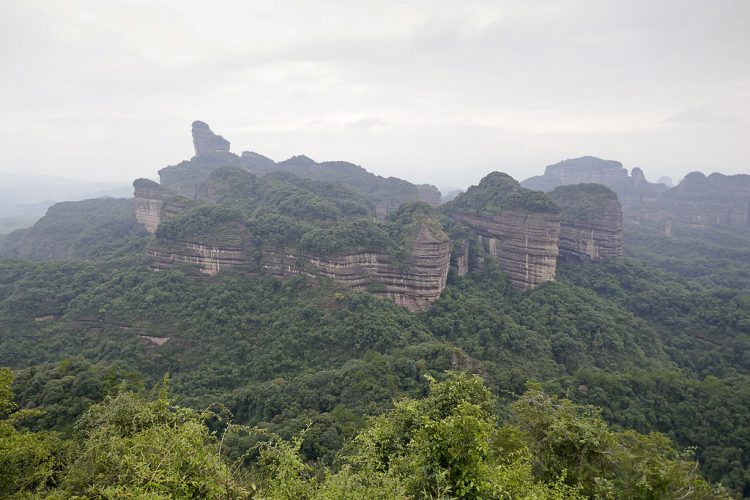