Lena’s Stone Forest is also called Lena’s Pillars, actually a natural rock formation about 60 km upriver from Yakutsk, in Russia. Lens’s Pillars are amazing stone structures that tower over 150 meters in height and extend along the river for about 80km. This magical place has captivated travelers since the 17th century, however getting there is a real challenge.

Lena’s Stone Forest contains exceptional evidence of the Earth and its living population development history. Plentiful fossils of ancient organisms found here are exclusively preserved evidence of a very significant stage in the history of the organic world and a biodiversity “boom” that occurred in the lower Cambrian epoch.

These isolated, towering pillars can reach more than 100 meters in height. The pillars’ rocks formed in Cambrian sea basins more than 500 million years ago and are made up of alternating layers of limestone, marlstone, dolomite, and slate. This area’s severe climate and the humidity from the river create risky temperature swings, from +40 °C in the summer to -60 °C in winter. Therefore, this has caused a cryogenic process, containing a freeze-thaw action that shatters the rock, widening the gullies between them.

However, supposedly only half a day’s trip upriver, it takes considerably longer and the locals can offer you a three-day trip on a small boat for about $500. Eventually, after 4 days of travel, you’ll be able to have arrived at your destination. 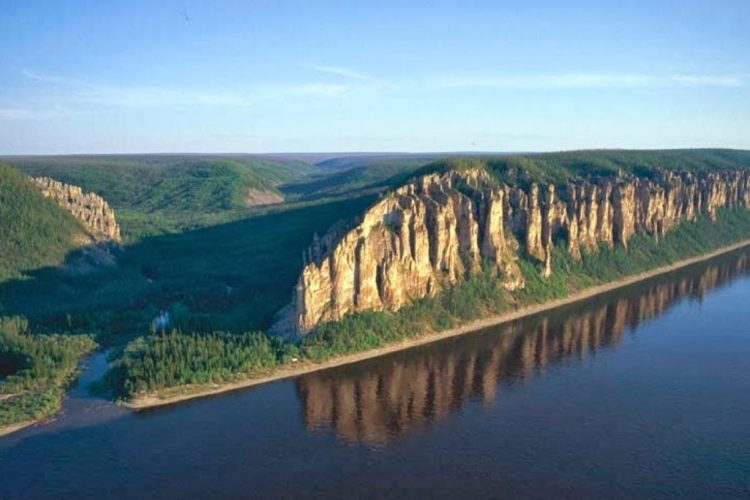