The Reichenbach Falls are situated in the lower part of the Reichenbachtal valley, on the Reichenbach stream, a tributary of the Aar River. The fall is approximately 2 kilometers south of the town of Meiringen, and 25 km east of Interlaken in Bern canton, central Switzerland.

The waterfall is one of the highest falls in the Alps. There are actually five cascades with an overall height of 650 feet and the best known are Upper and Lower Reichenbach Falls, with a drop of about 300 feet.

Therefore; much of Reichenbach’s beauty has been marred by hydroelectric development, but still its scenic beauty and the charm of the environment make this area a popular tourist attraction. The term waterfalls are not easy to define. In general, this term means the distinctive structure of the water movement of so-called bodies of flowing water.

The waterfall itself is powerful and impressively tall over multiple tiers. It wasn’t easy to see all the tiers in one go given much of the overall drop was concealed due to the twisting nature of its stream. The first and upper level of Reichenbach Falls is the deepest one. Whereas the height of the fall is about 120 meters, and the water quantity distributes over a width of up to 40 meters.

In summer seasons, heavy thunderstorms of up to 30 mÂ³ water per second flow into the valley. The lowest level of the Reichenbach Falls is unidentified and easy to visit. The medium Reichenbach Falls, however, is hardly passable but can be seen from the funicular.

In theory, this waterfall was supposed to be pretty easy to visit. However, the funicular ride would’ve tremendously cut down the physical exertion. That funicular was first opened in the year 1899, which would make this a pretty historical apparatus. However, the one at Giessbach Falls was said to be actually older.

A cable railway brings tourists up to a platform; it is the starting point for hiking across the Rosenlauital valley, the Groß Scheidegg, and Grindelwald. The Reichenbach Falls Trail leads up to the upper end of the first Reichenbach Falls. From here a hiking route leads downhill up to above the falls with numerous viewpoints! (Water-falls photographers are asked to note the enclosed exclamation mark, all non-photographers will not regret climbing up either).

Reichenbach Falls is perhaps best known for its association with the fictional character Sherlock Holmes. The Reichenbach Falls Meiringen has become internationally popular when Sir Arthur Conan Doyle (May 4th, 1891), the character Sherlock Holmes created by Sir Arthur Conan Doyle fell down the waterfalls together with his arch-enemy Professor Moriarty after a hard and hostile battle.

Sherlock Holmes, though, survived, but he took the chance to stage his own death. By this staging, he later set a trap for Moran who had shot him. A commemorative plaque at the Reichenbach Falls reminds me of this imaginary incident. 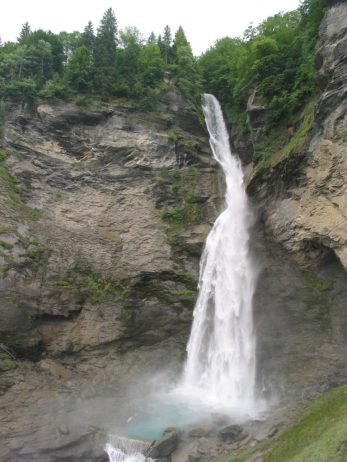 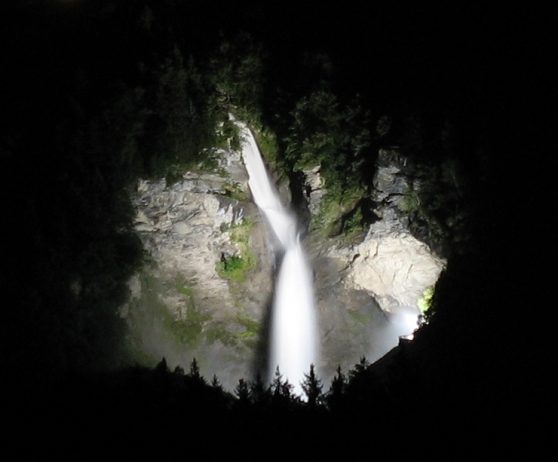 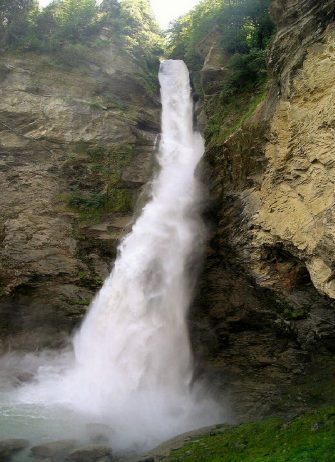 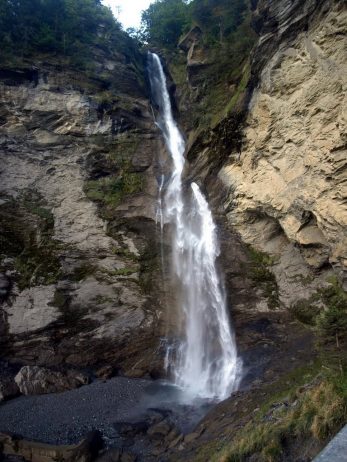 The Colorful Blue Lake of Croatia