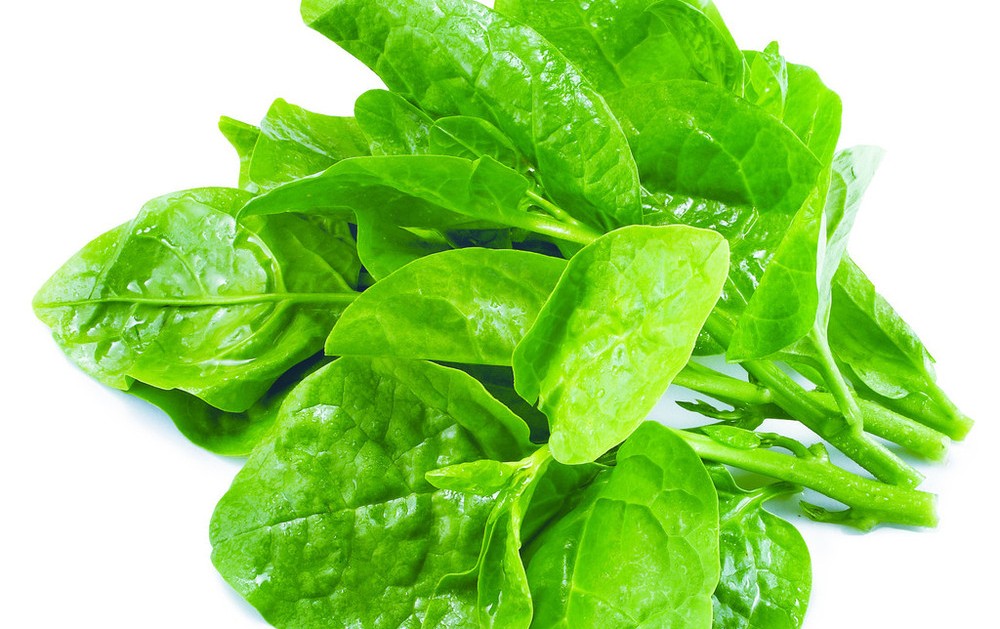 Spinach is regaining its popularity as a garden vegetable because more people are using it in salads. I still love it best cooked just long enough to wilt it, with some olive oil in which I’ve crusted a clove of garlic. It also freezes well. It is not hard to grow, and it is also a quick crop forty to fifty days to harvest and even less if you eat the thinning when you thin your rows.

The problem most gardeners have with spinach is that they try to treat it like lettuce, but even more so. It bolts in hot weather just as lettuce will but does so more quickly. Spinach is really a spring or fall crop, though you can edge a bit into the summer months if you grow a “long-standing” type. Though heart and dryness are factors, it is the lengthening days that cause spinach to bolt, or to send up a tall, useless seed stalk and stop producing.

The lengthening days approaching midsummer signal the spinach to go to seed. In warm climates, it is grown in late fall, winter and early spring. Even in the north, some gardeners sow seeds in late fall that come up in the spring not foolproof, but worth a try.

There’re two kinds of spinach. The most familiar is the dark green, crinkly leaved sort; the other is a lighter colored, flat-leaved version. New Zealand spinach and “Malabar Spinach” are not really spinach, though both taste something like it when cooked and are sometimes grown as spinach substitutes in warm climates or warm weather.

Select a Site for Spinach

Plant spinach is full sun or part shade the later if the crop will be growing in warm weather. You might start a fall spinach crop between rows of a tall crop such as corn or beans, which will have been harvested once cool weather comes.

Spinach for salads needs only a few square feet of space for the whole crop. For growing spinach to cook, however, I recommend a good 40 square feet at least, because it loses so much volume in cooking or freezing.

Select a Soil for Spinach

Spinach prefers a light soil, but with plenty of organic matter. Otherwise, the soil will not retain the moisture the plant needs. As a leafy crop, it thrives on very fertile soil, and it is almost impossible to overfeed it. Nitrogen is especially important.

If you’re using commercial fertilizer for it, 10-10-10 is a good choice. You do not need to fertilize the soil to a great depth, though, because the plants are shallow-rooted They’re a little fussy about pH, preferring the 6.0-7.0 range, so add lime if your soil is acid, but don’t go overboard because it doesn’t like very alkaline soil either.

Spinach is sown directly into the garden or cold frame. Purchase new seed each year because it does not stay viable for very long. For spring planting you can start as soon as there’s some ground in your garden that has thawed. This might be as early as eight weeks before the last frost. Some gardeners even get the furrow ready in the fall, so all they need to do the following spring is drop the seeds in and not worry about working the soil while it is still muddy.

Plant single rows 12 to 15 inches apart, or plant several rows close together about 6 inches with a space of 1 ½ feet on either side, or plant in a block so that plants will all be I foot apart each way after thinning. Seeds should be ½ inch deep and if possible 1 inch apart. They’ll germinate in five to nine days, or a bit more if it is very cold. When where are two true leaves on the plants, they should be thinned to four inches apart, then thinned again so that the plants are eight to twelve inches apart.

Use the discarded young plants in salads. Unless you want a great deal of spinach all at once for cooking or freezing, it is best to save half a packet or so, then sow one or more extra crops at intervals of about ten days. But stop sowing around mid-May the idea is not to have spinach maturing during the long warms days of July and August. May sowings should be of a long-standing type, as an extra safeguard against bolting.

Start fall sowings in late August, even later in warm climates. These should be sown a little thicker and deeper than spring crops because germination is less reliable in warm weather. It helps to keep the soil moist with frequent watering and r a light layer of salt hay.

Mulching will help to keep the soil moist, but I would avoid very acid mulch such as sawdust, bark or peat moss because these can lower the pH below the plants’ tolerance. Salt hay or straw is better. If you’re overwintering a crop by keeping young plants dormant, it is best to mulch them heavily after the ground freezes to keep it frozen evenly.

Alternate freezing and thawing can damage the plants. Cultivating or weeding is important if you do not mulch, but do it carefully, so as not to harm the spinach plants are four to six inches tall, top dressing with a high nitrogen fertilizer such as fish emulsion or bone meal will spur growth. With spring crops remember to keep the growth going to bring the plants to maturity before they can bolt.

Pests and Diseases to Spinach

Home gardeners generally do not have many problems of this sort. Spinach leaf miner larvae burrow inside the leaves and produce tan patches. The easiest control is to pick off affected leaves and destroy them. Keeping the garden free of debris and weeds will help. By growing very early or late crops, you might avoid this bug’s season. You can also cover young plants with a very fine mesh or cheesecloth so that the fly that lays the eggs that produce these larvae cannot land on the plants.

Spinach blight or “Yellows” is a mosaic virus spread by aphids. The leaves turn yellow, and the plants are stunted. You can control the virus by controlling the aphids, or you can grow resistant varieties. Also, practice good garden hygiene. If there are yellow spots on the leaves and a moldy substance underneath the problem is the disease called the blue mold?

It appears occasionally in very wet weather. Best defenses are weed control good drainage, and vigorous, well-fed plants. If they still get blue mold, throw them out and try again in better weather. Fusarium wilt can affect spinach, but they are resistant strains you can grow.

Always cut the while plant f you see buds starting to form at the center; otherwise, it will bolt and become useless. Sometimes the roots will send up some new leaves after the plant is cut but not enough to warrant leaving them there if you need the space.

Why Do You Need to Eat More Vegetables?